Disclaimer: This is not an in-depth introduction to Docker and only aims at pointing out its utility and ease of use.

Although not necessary to follow along, the contents of the examples run have been made available in a repository in Github.

Docker is an open-source project that allows to create Linux containers. A container defines an environment that includes only system libraries and allows applications or services to be run. The container is run as a process in the host OS which makes them much lighter than Virtual Machines (which include a Guest OS). As with VMs, several containers can be run on the same machine and can be configured to communicate with one another. 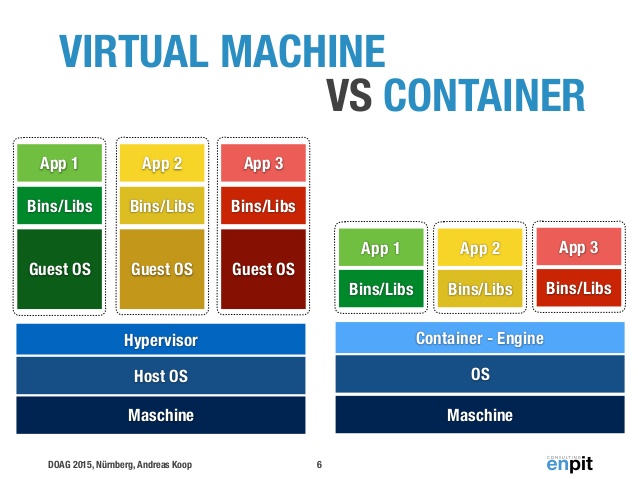 Briefly, the philosophy behind Docker:

How to use Docker?

A Dockerfile is the definition of a Docker container, it specifies what it will be composed of and what will be executed when the container is built. The easiest example of a Dockerfile consists of a single line:

If we type this line into a file named “Dockerfile” and execute the following command in the same directory:

we should see the how Docker downloads an Ubuntu image and names it my_ubuntu_image:0.1. Typing docker images in the shell should show two entries, one for ubuntu (the base image) and one for our recently created image, my_ubuntu-image with the tag 0.1.

should log us into the shell of our container.

Let’s create a directory with three files: script.py , requirements.txt and the Dockerfile. Below we can see their contents:

Where to store Docker images?

Obviously, storing your images locally, building and tagging them manually everytime is a hustle nobody wants to go through. Reason why, Dockerhub exists. Dockerhub allows you to share Docker images through private or public repositories.

In order to do so, you first need to create an account in Dockerhub and create a repository. Afterwards use docker login in your shell to sign into your Docker account. Then, you need to build the image and name it as your repository. Once this is done, you’re ready to push your image to Dockerhub.

A problem with doing this is that (even if public) the contents of your image remain a mistery. Of course you can include a thorough description of what’s included but this would need to be changed each time the image changes and, let’s face it, it’s a task we’re not willing to do.

Good news are, that automated builds solve this problem and a couple others. By linking your Dockerhub account to a Github or BitBucket account you can configure the Dockerhub to scan a certain branch and directory in your git project to generate a Docker image from the Dockerfile found.

This will do the following for you: 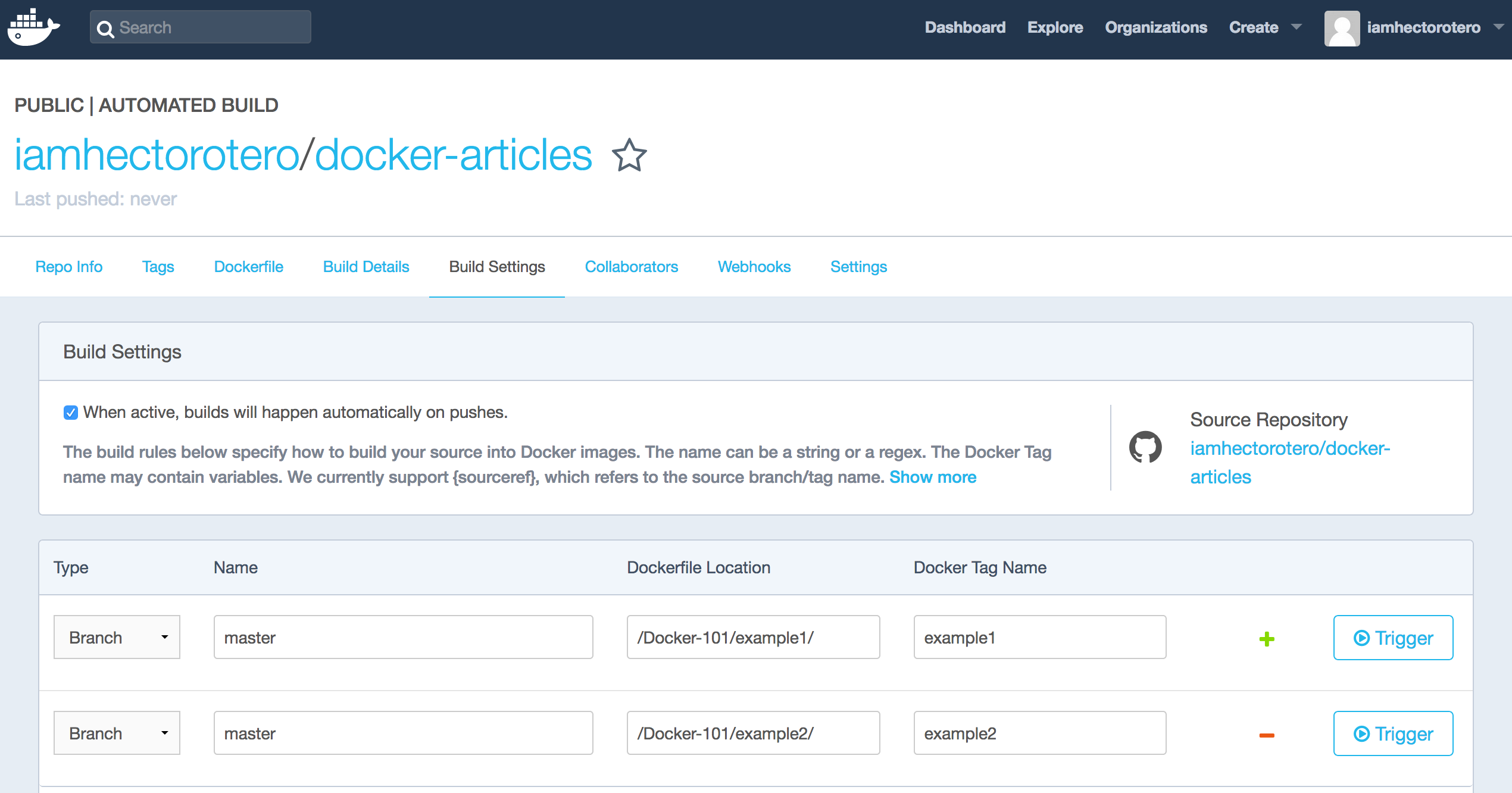 For our working example, I’ve configured two different versions of the image that will work for our first and second examples. These builds, make available the images to be pulled and run like so:

These two commands will automatically pull the images from Dockerhub and run them, obtaining the same results as in the previous sections.

For a more detailed process and specification on how to create and personalized builds and triggers, Docker has a very cool tutorial.

On Docker 102, I talk about communicating a Docker container with the outside world and other containers.